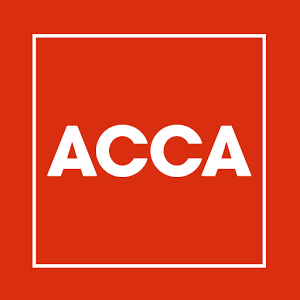 The Pre-Budget Proposal focuses on the Broadening of Tax Base, Structural Reforms, Direct Taxes, and Indirect Taxes. In line with the overall impact on economy, treasury, and the principles of Fairness and Justice, the measures targeted a reduction in reliance on indirect taxes, utilization of NADRA and Withholding Tax databases, declaration of formalized asset valuations with fair market values, and lowering Corporate Tax Rate.

Section 153(4) empowers the Commissioner Inland Revenue for issuing Exemption Certificates in cases where the underlying payment is not chargeable to tax due to various reasons, however, This provision should also be inserted in Section 152 to facilitate the business with non-residents companies/businesses where the underlying payments are not chargeable to taxes as the current backlog of refunds creates undue stresses on businesses.

The current rate of Minimum Tax in Section 113 of 1% should be brought down to 0.4%. The minimum tax is irrespective of the net profit or loss with the exception of gross loss. This affects businesses adversely as they end up paying double taxes on their revenues and businesses that are in loss face additional pressure in their cash-flow.

While in Sales Tax and Federal Tax, the existing rate of Sales Tax at 17% which is one of the highest in the region with 12.36% in India, and 10% in Indonesia should be brought down to single digit. Sales Tax should be used to broaden the tax base and to avoid the net negative costs for economy.

For cottage industry, existing defined limits of turnover (Rs. 5 million) and utility consumption (Rs. 0.8 million) were said to be outdated and should be revised to Rs. 10 million and Rs. 1.5 million respectively. A 0% rate on 5 export oriented sectors (SRO 1125/2011) was proposed to avoid refund issues along with a 2-3 % rate for non- filers.

Amendments in several other reforms from sections 170,177,214A etc were also proposed. Synchronizing different tax and identity databases in conjunction with Integration of Federal and Provincial Revenue Authorities’ systems will make an immense difference in broadening the tax base and efficiently collecting tax revenues. The reforms were suggested keeping in mind the low current tax to GDP Ratio (9%) and increased inflation in the economy. The main aim is to boost Real GDP growth which in turn will increase Foreign Investment and make our local businesses globally competitive.