Amazon has recently announced its video streaming box Fire TV. It is actually a small box that plug ins into the television of an individual. Amazon says it delivers the best performance with a quad-core processor and two gigabytes of the RAM, it is actually android based. The cost of this is $99.99, shipping today is almost free. 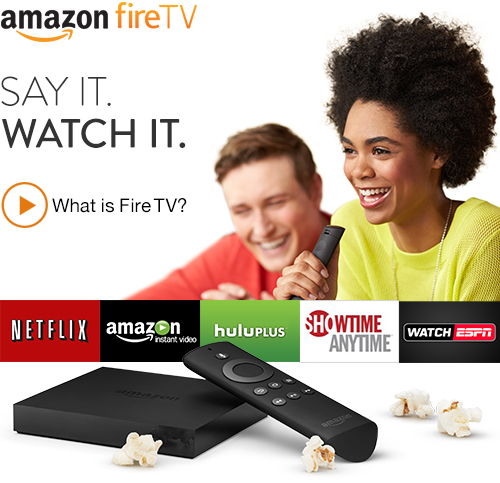 Fire TV streams video from Amazon, Hulu, ESPN, Netflix, and many other sources, other than this it is also a gaming machine and it does more than just streaming the videos.

Amazon has developed its own gaming studio, yet it also has big game companies like Disney, EA, Gameloft and others to make the games. The average price of the game would be $1.85 and there are a lot of free games too.

For $39.99 you can get a gaming controller that works with Fire TV.

Amazon’s fire TV costs the same as the Apple TV but it is more expensive than the Google’s Chrome cast dongle both of which have the same core functions of streaming the videos from the internet to the television of an individual.

Amazon says that the Fire TV has a feature of search and look through all the visible and available videos and it also delivers the best and the lowest cost options for the individuals who use it, with the dual processor it plays the videos much faster Amazon says. Fire TV looks much impressive and it’s nothing revolutionary but it seems to do what everyone else is doing just better.