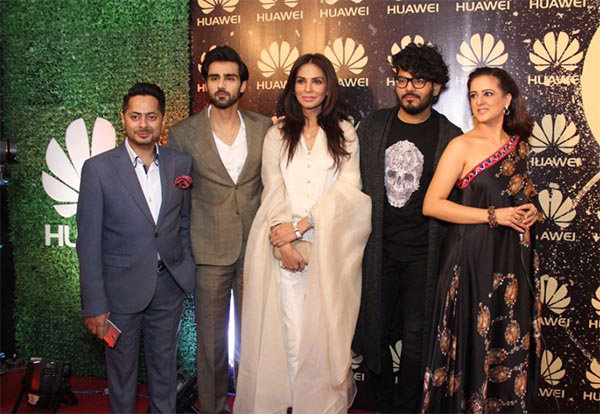 Dashing, handsome and very talented Faizan Ul Haq as a Voice of God welcomed the honorable guests in a pleasant fashion and ask then to enjoy the eve along with presenting their views and posing for some clicks. Right after that glimpses from the previous launch of Mate S were displayed on the screen to recall astonishing tradition of Huawei product launches and subsequent success in the markets. 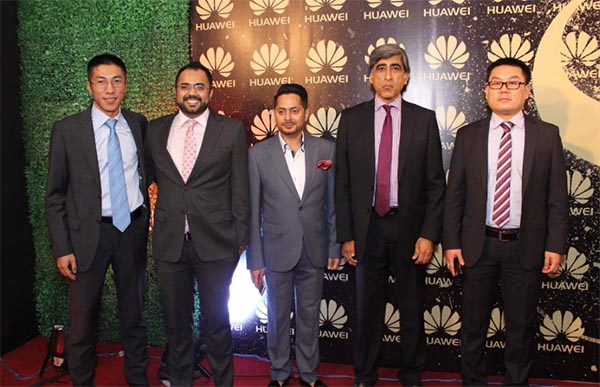 The Mate 8 launch ceremony was also honored with the presence of IT business icons and stakeholders. But most importantly MD for Huawei Device in Pakistan –Mr. Shawn beside Marketing Head of Huawei devices and terminal department, Pakistan & Afghanistan –Mr. Fraz Khan Malik were at the event to complement the launch. 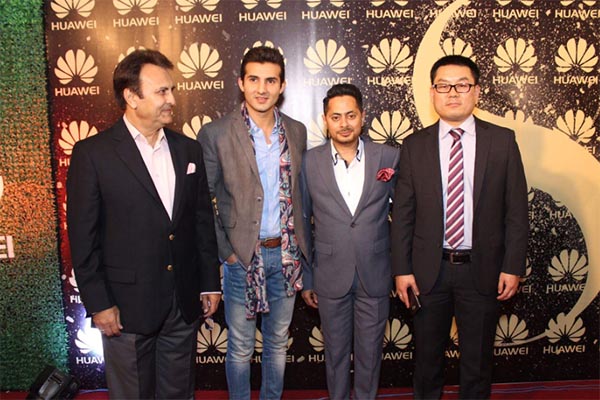 The dazzling stage of the event was hosted by the Faizan and Ushna Shah. But the gems of the entertainment industry warmed enlighted the eve, as well. Among whome attractive Humayun Saeed, gorgeous Amna Shiekh and adorably cute couple of Shehroz Sabzwari and Syra Sabzwari were the attraction. 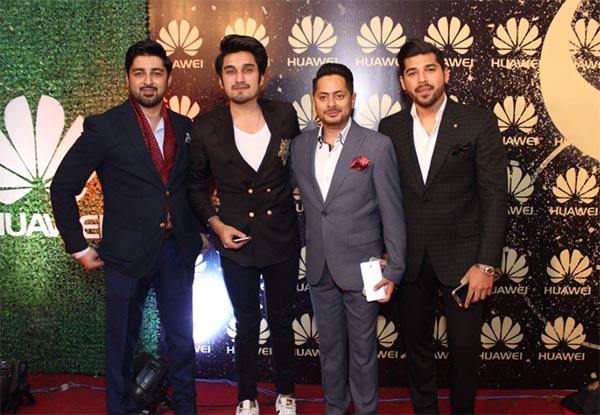 After the formal start of the event with few glimpses form the last Mate S launch and performance by the smart phone, stage-host Faizan called Saad Haroon for his incredible live act. Act of Saad was followed by the acknowledgment of Managing Director Huawei Pakistan for his role to make Huawei devices a success in the Pkaistan. Mr. Shawn a few words with audience at the event. He Pakistan said, “We are proudly introducing our one of the best flagship smart phones of this year, Mate 8 in Pakistan. This high technology smart device is an excellent prodigy of Huawei, which exhibits our R&D team’s expertise and ultimate finesse,”

Mr. Sean was then invited by the Mr. Shawn on the stage. He shared his views about the Mate 8 and presented a high-tech presentation to penlights the audience about the Huawei’s product. In the proceedings of the event Huawei Marketing Head, -Mr. Fraz came on stage and received a flower bouquet by Mr. Shawn. Later the technology world icons MD Air link communication, Mr. Muzzafar Hayat Piracha and CEO Pakistan MNP, Kamran Nishat were honored by flower bouquet at the stage.

Hosts of the evening formally started the countdown for presenting the Huawei Mate 8. Whereas, audience also counted alongside and sensational waves of high excitement spread across the hall when Mr. Fraz, Mr. Sean, Mr. Muzzafar and Mr. Piracha appeared from back of stage along with all new Mate 8. Rows of models were around him make the scene highly fascinating. The brand ambassadors and models also joined the stage and posed for photographs.

Heartthrob of the Film fraternity and the cast of upcoming Pakistani romantic movie Bachana, Mohib and Sanam gave their entry on the promo song of the film. Faizan has a light chit chat with the cast that entertained the participants of the event. Uzair Jaswal and Zoe Vicajji also appeared one after the other to perform on the stage.

Icon of the fashion world, fashion designer Syeda Amera, glorified the event with best of models’ wardrobes and ramp was just on fire. Tabish Khoji was the name behind the brilliant makeup art. Huawei Mate 8 launch event ended with all these best flowers of in a single bouquet of Huawei.