Gmail is the fee email service offered by Google Inc. which is used by millions people around the globe for sending, receiving their emails, documents, images and also for chatting with friends, colleague and relatives. Google has launched many useful tools, products and services for internet users. One such useful thing within the Gmail service is that it provides inline previews for web services which include Picasa, You Tube, Yelp, and Flickr. This means that if you got any link from Youtube.com then you can see it directly from Gmail itself instead of clicking on the hyperlink. Also you can preview the Flickr picture albums and yelp ratings of the places in mail itself which is time reduction. 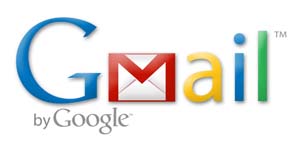 These Inline previews help you to enhance your Gmail familiarity, but these are not activated by default. These should be activated through the Labs tab which is found under Gmail -> Settings by manually.

Gmail introduced inline previews many years, but they used to facilitate Youtube and Flickr only, they did not even try to extend the web services. But there is new chrome extension called iframely which supports almost all the web services like Vimeo, Facebook, Slide Share, and Imgur.

This extension offers one more feature which is functional for your outgoing messages. If you want to insert any image having URL from some other website, along with your message you simply have to paste the hyperlink of the image.

So we mentioned here, some of the useful features of Gmail. We hope you will enjoy this inline preview of Gmail.