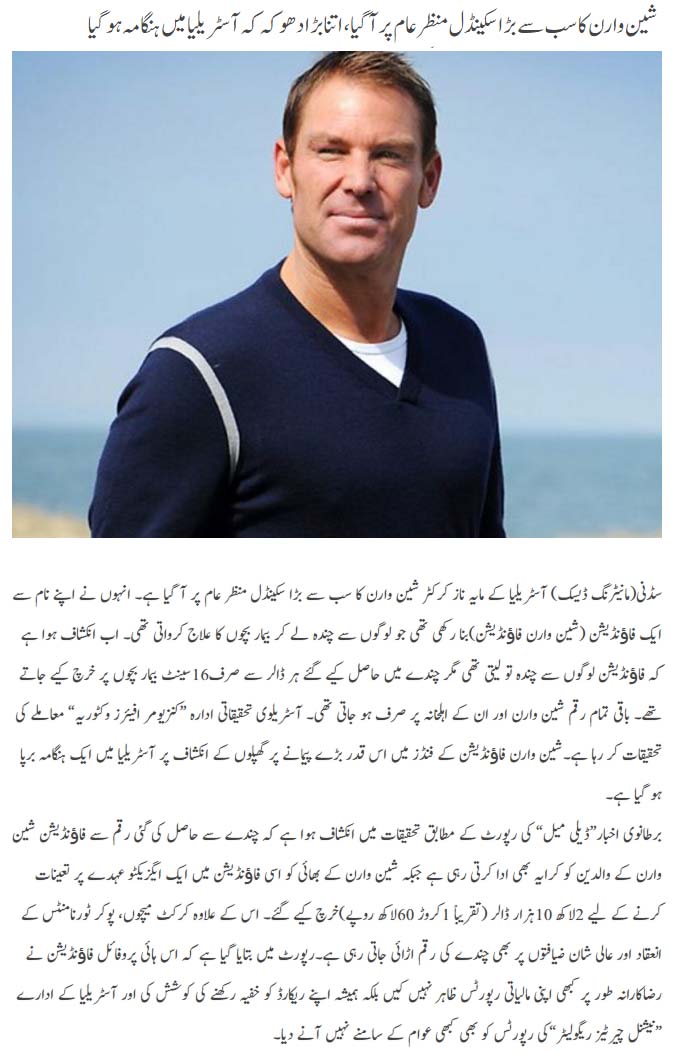 It has been alleged that the Shane Warne Foundation tried to stop from being made public that for every dollar raised by the organisation just 16¢ of it went to their charities – the rest was spent on staging glitzy celebrity events.

The Age reports that the foundation has also been paying rent to Warne’s parents and $210,000 has gone on employing Warne’s brother Jason in an executive position within the foundation. The showy celebrity events involved cricket matches, poker tournaments, and gala dinners.

It was reported that the high-profile foundation never voluntarily published its financial reports. To make matters worse it’s alleged by The Age that the foundation tried to have its records kept private and blocked from public release by the national charities regulator.