The PhD thesis of the Pro Rector of Comsats Institute of Information Technology (CIIT) and chief executive officer of the National Testing Service has been found to be over 70 per cent plagiarised.

Rumours that Dr Haroon Rashid had plagiarised his doctorate thesis were doing the rounds but the Higher Education Commission (HEC) began investigating the issue after it received a complaint about it last month. 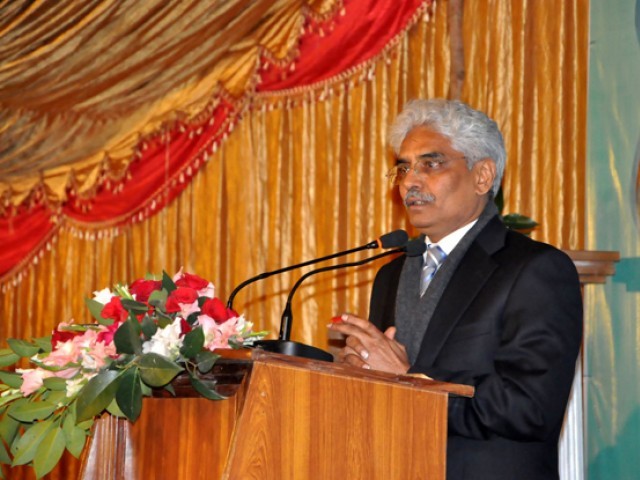 The thesis, “Parallel Scientific Applications Scheduling on Distributed Computing System”, was submitted with Preston University in 2006.

The HEC Quality Assurance (QA) Division probed the document through the plagiarism detection software Turnitin and found the plagiarism level at 72 per cent.

The QA then wrote a letter to CIIT Rector Dr SM Zaidi “to investigate the case as per policy within 90 days and share the outcome with HEC.”

The original thesis was submitted at Hamdard University in the PhD programme in 2004 by Rafiqul Zaman Khan titled “Empirical Study of Task Partitioning, Scheduling and Load Balancing Strategies for Distributed Images of Computing System.”

Haroon has been the recipient of Sitara-e-Imtiaz in the previous Pakistan Peoples Party government and has been working with Comsats for over five years.

He has worked for various government organisations over the past 35 years. At least 26 of his articles, mainly in the ICT field, had been published in various national and international journals.

The university’s website only states that he holds a PhD in Computer Sciences.

The spokesperson of CIIT said he had no information about any such letter but if there was any then the varsity would surely initiate due action against the accused.

Comsats has recently come under immense criticism from parliament’s education committees for one of their dual degree programmes, and the role and function of NTS as a testing body. Rashid is also the CEO of NTS which has been blamed for misuse of funds.

In December 2014, three Elsevier journals retracted 16 research papers of CIIT professor Khalid Zaman after it turned out that the author coordinated fake peer reviews by submitting false contact information for his suggested reviewers.

Under the HEC’s plagiarism bylaws, any person found plagiarising academic work can be penalised under one of three categories: major, moderate and minor. The penalty in major cases is dismissal from service, while people involved in moderate plagiarism can be demoted or blacklisted. The minor penalty is a warning to the professor and freezing all research grants to him or her.

In April this year, the HEC updated a list of 21 academicians on its website who have been found plagiarising research papers, thesis and other publications. Interestingly, despite several reminders from the HEC to these universities for taking action against plagiarists, nothing has been done by a single university.

Isa Daudpota, a physicist and independent researcher based in Islamabad, commented that this is a case of plagiarising an Indian thesis of 2004 by one from Preston University in 2006, both of which have the same examiner, Dr Kalim Qureshi. “This poses many awkward questions for both Preston and Comsats,” he said.

How could Comsats possibly keep a person at such a high position without checking the authenticity of his thesis, he wondered.

“The origin of such problems lies in the poor policies that encourage rushed publications, and were instituted by the HEC when it started functioning,” he said.

A complete overhaul of this policy with strict monitoring of publications is long overdue, he suggested.