Culture and heritage speak volumes about the history of a country as it tells about the traditions that the citizens are accustomed to. Festivals are a good way to show and cherish one’s culture. 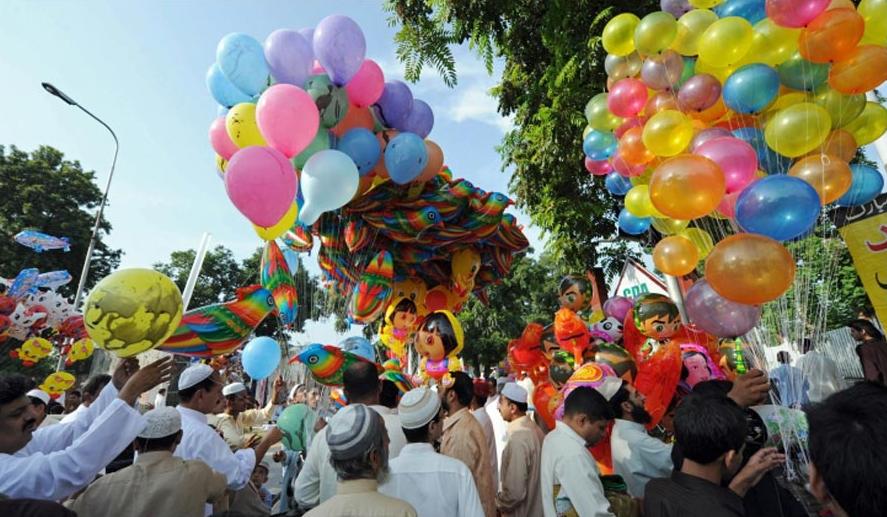 Jovago Pakistan has compiled a list of festivals celebrated in Pakistan that show the diverse, yet rich culture that the country possesses.

Also known as Joshi, this festival is celebrated in May by the Kalashi pagans to embrace the spring season in the region. Chilim Joshi festival among various Kalashi festivals is held in order to promote the Northlanders way of living. It is also of religious importance to the Kalash people as they thank their gods for their numerous blessings. A key feature of this festival is the dance by the Kalashi girls who wear beautiful black embroidered robes.

Situated in the beautiful area known as the ‘Roof of the world’, Shandur is the world’s highest polo ground. In the middle of the year, a popular Central Asian sport is played on horseback at Shandur Pass, which is a major mountain pass between Chitral and Gilgit. Teams from Chitral and Gilgit take part in the polo tournament. Other features of this festival include folk performances, music, trout fishing etc. This festival is a must visit if you are traveling to Pakistan in the month of July.

A popular festival amongst the western neighbors of Pakistan, Navroz is also celebrated in the country by people belonging to the Parsi and Ismaili communities. Usually marking the first day of spring, it is celebrated as a gratitude for the countless blessings bestowed upon the people. Navroz depicts the bond that results from family bonding.

The beautiful capital of Pakistan is home to the National Folk Festival which is also known as Lok Mela. This festival is popular as it highlights the beauty of performing arts. Artist and performers at both national and international level take part in this festival.

These festivals show the true, colorful picture of Pakistan and hence are a symbol of the rich heritage that the South Asian country possesses. If you have any other Pakistani festival that you have visited, please share them with us in the comments section below.