UPDATE: Indian Singer of Punjab Hans Raj Hans after reaching India said that he was just kidding, he respect Islam but he didn’t embraced Islam.

MUMBAI: Famous Indian Singer of Punjab Hans Raj Hans embraced Islam and confirmed that the news doing around in the media regarding his religion conversion are true. 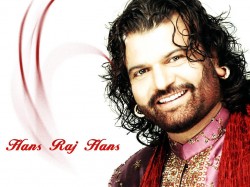 About this decision, the Bhangra singer revealed that first he went thought Islamic teachings closely, and after then he decided to embrace this religion listening the call of his heart.

The artist added that after reading Holy Quran, he realized that Islam is the religion of Peace which promotes equality, and it took some time that the true essence of this religion revealed to me divinely.

Hans Raj Hans now named as Muhammad Yousaf clarified that his old name would be used for singing career.

The newly turned Muslim said that India and Pakistan should enhance their support for each other as both nations want peace and love among their relationship.