LAHORE: Director General (DG) Pakistan Cricket Board (PCB) Javed Miandad has decided to say goodbye to PCB, as he submitted his intentions in a letter to PCB chairman Najam Sethi . 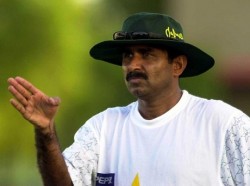 According to media reporters, former test captain Javed Miandad has tendered his resignation to the chairman of the Pakistan Cricket Board (PCB). Miandad has represented Pakistan cricket between 1975 and 1996. He is Pakistan’s leading run scorer in Test cricket.

The context of his letter that he submitted to PCB states that tussle in cricketing world is damaging cricket sector. He said that he is always available to serve his country at any time and prayed for the betterment of Pakistan’s cricket.