Sizzling Indian beauty Nargis Fakhri’s controversial ad in Pakistani Urdu newspapers is talk of the town these days. The ad that shows Nargis Fakhri posing for Mobilink telecom company in an objectionable position while wearing revealing clothes has attracted the public ire in Pakistan. That a newspaper as leading as prominent as Jang had the audacity to go ahead with printing this kind of controversial ad in its Sunday edition has simply added fuel to fire. Nargis Fakhri’s public assertion that she was unknowingly photographed in the said position speaks volumes of the corporate interests of the media outlets at the cost of ethics and morality.

“I had been not aware they might contemplate by using this visible to get a conventional magazine advertisement – an Urdu daily because it was never designed to be. Like a design or superstar, I’ve often thought in utilizing my identity to assist more the conversation of a brandname but not to contain it employed where I become objectified for my looks,” Fakhri has said in a public statement. 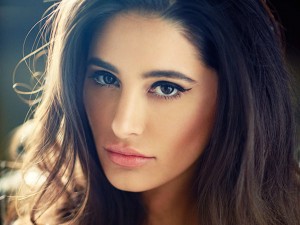 This raises the question as under what legal and moral authority did Pakistan’s leading Urdu newspapers including Jang published the ad without the consent and even prior knowledge of the Indian actress? Shouldn’t these media outlets that glaringly violated their code of ethics be held accountable? If yes, who is to hold them accountable? In the absence of any proper oversight and regulatory mechanism, Pakistani media mostly acts as a stray bullet and it can get away with any kind of content it wishes to air or print.

Ironically, whenever voice is raised regarding check and balance on media, it is deemed as an attack on independence of media and freedom of speech. This is the main reason Pakistani media has not yet come of age and often behaves in extremely unprofessional, immature and sensational manner keeping aside all the journalistic norms and ethics.