January 2016 was a good month for the property market as controlled rises were seen in many prominent localities. Although most of 2016 has yet to unfold, a heartening beginning to the year is likely to boost investor sentiment. Some localities did experience tough times, but these small bumps are not reason enough to deflate spirits. 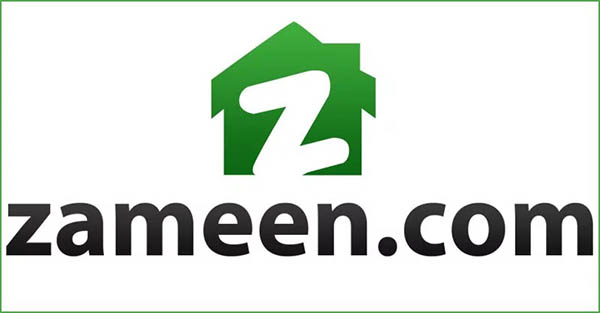 According to data meticulously compiled by Zameen.com, controlled rises were recorded in the average prices of 1-kanal plots in all localities of Lahore. Please note that we split DHA Lahore into phases this time around for our analysis, because the average prices of plots in Phases I to VI differ greatly from those in Phases VII to IX. This move will definitely present a clearer picture to the readers.

The federal capital’s real estate market, too, posted controlled growth in most major localities, but Bahria Town did not live up to investor expectations. This society saw a controlled drop in the average rate of 1-kanal plots.

In a similar vein, Bahria Town Karachi (BTK) did not fare well either and registered a sharp drop in the 500 yard2 category, while the rest of Karachi’s market largely posted controlled gains. This overall growth did not come as a surprise keeping in mind the city’s spectacular performance during 2015.

A major anomaly observed this time around was how BTK knocked DHA down to the fourth spot on the list of top five localities for plots in the city by the sea. Even though BTK beat DHA by a very small margin, the former locality’s rise in popularity is evident. Other than this, DHA remained popular across the board.

It seems that investors in Lahore started the year with a newfound fervour, as January 2016 saw good sale-purchase activity.

Even though Bahria Town has been plagued by various controversies, its Lahore chapter witnessed a noticeable upward climb, and recorded a 3.31% rise in the average price of a 1-kanal plots.

As usual, DHA Lahore galloped through the month confidently and posted good numbers. According to Zameen.com’s statistics, 1-kanal plots in Phases I to IV registered a decent upward push of 1.08%, and Phases VII to IX saw a healthy controlled rise of 1.03%.

LDA Avenue I and Wapda Town entertained reasonable demand during this month, paving the way for controlled rises. LDA posted a 1.04% rise in the price of 1-kanal plots, and Wapda Town registered a good 2.50% growth in the same category. As the Lahore Development Authority (LDA) has started to supply electricity to some blocks of LDA Avenue I, it looks like the price rise will continue in the months to come.

As stated in the Overview, Bahria Town was the only locality that failed to impress investors in January 2016 and an obvious dip of 3.78% dip in the average price of 1-kanal plots was registered. Bahria Town has not handed over possession in some sectors, neither has it completed development work. Furthermore, the developer keeps launching new projects repeatedly, which certainly diverts investor focus.

Conversely, everything was rosy in DHA Islamabad and the locality depicted a controlled 3.50% rise for 1-kanal plots. Rates in some DHA developments in the federal capital are noticeably lower than those in other developed areas, which is perhaps why investors zone in on this project time and time again.

According to Zameen.com’s stats, Sector F-11 depicted its usual controlled growth during the month by posting a controlled rise of 1.09%, while Sector E-11 remained merely stable and recorded a negligible 0.87% decline.

In January 2016, Karachi’s real estate market continued its spectacular ascent and even BTK, a society that saw several major dips in 2015, posted positive numbers for the 250-yard2 category, but not for 500-yard2 plots. Unfortunately, in this specific category, BTK registered a 6.95% drop. However, as development work is underway at a good speed, this plunge is not a cause for long-lasting concern. Moreover, as this locality climbed up Zameen.com’s popularity index, it has certainly caught investor attention. This is indicative of good times up ahead.

Gushan-e-Iqbal was stable and posted a 0.83% rise for 500-yard2 plots, while DCK and DHA Karachi effortlessly sailed through the month by registering decent 3.48% and 1.37% rises respectively.

Needless to say, this was a heartening start to the year for Pakistan’s property market. With only a few dips here and there, the overall picture during January 2016 was peachy.

DHA projects are generally doing quite well these days, so investors should pay attention to them as we are anticipating ascents in many of these this year.

Even though BTK’s 500-yard2 plot category in BTK did not perform well, the rise seen in other categories is a cause for celebration in itself after the plunges we witnessed in 2015.

Bahria Town Lahore is currently holding strong, but we cannot overlook the fact that the issue of Lahore Ring Road still persists. The Lahore Ring Road Authority (LRRA)’s land acquisition collector recently visited the locality and stated that the route would, in fact, pass through Bahria Town. We will see this play out in the months to come. On another note, LDA Avenue I can perform even better if the LDA tackles the remaining litigation issues head on and makes sure that electricity is available throughout the locality.

“January 2016 has been a promising month for Pakistan’s property market. Even though one or two localities are somewhat rickety at the moment, we do not foresee any major slump any time soon. In this prevailing environment, developers usually step up to rectify any problematic areas,” said Zameen.com CEO Zeeshan Ali Khan.

“However, although the market has generally performed well, investors still need to be discerning and choose the right projects at the right time. Overall, we’re heartened to observe the market’s performance this month and hope that this kind of beginning will help steer the real estate sector in the right direction,” he added.

By and large, January 2016 proved to be a good month. We are excited to see how the rest of the year unfolds.