The popularity of Facebook Paper App, the Facebook’s brand-new news app which was considered a success after its launch on Feb 3, has suffered a blow. 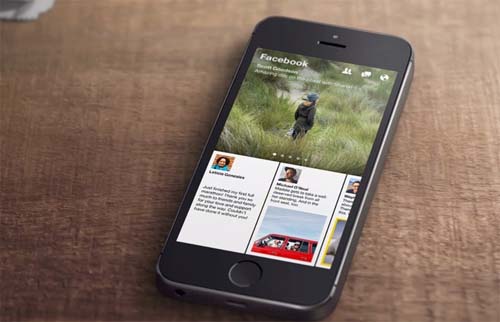 Facebook Paper App was declared No. 1 social networking app, and the No. 1 app in the U.S. itunes Store on its launch day. The downslide in its popularity began in March and on April 1 it was at No. 76 in social and No. 965 in the US, according to App Annie.

The sudden drop in the popularity of the Paper app has surprised many in industry.

Here’s what Paper’s popularity looks like (via App Annie)

According to BI editor Jim Edwards, the Paper was “much more cleverly designed than Flipboard”, its closest competitor.

Talking to Business Insider, he said though the sudden drop in the Paper app’s popularity was shocking for many it did not disturb Facebook which was “pleased’ with its progress.

Even though downloads have registered remarkable decrease people using Paper app have comments for it as it is still maintaining a 4-star rating.

The shocking drop in the popularity of Facebook Paper App has not affected the original Facebook app’s popularity and it maintains its position in the top 10 for social and top 20 for US apps overall.

Facebook spokesperson Jillian Stefanki told Business Insider that the company was not worried about drop in Paper app’s popularity. “We said from the beginning our immediate goal wasn’t to have a certain number of people downloading the app, but instead to make sure that the people who use the app really love the experience and continue to be engaged with it.”

“In fact, thus far, we’ve found that people using Paper explore an average of 80 stories each day. We haven’t started to focus on growth, but it’s something we’ll be working on down the road,” he added.