US Panel Approves Malala Scholarship Program.The bill which was introduced and named after Malala Yousafzai, now goes for a vote by the full House of Representatives. The vote took place during consideration of the bill by the House Foreign Affairs Committee and it was approved by a voice vote. 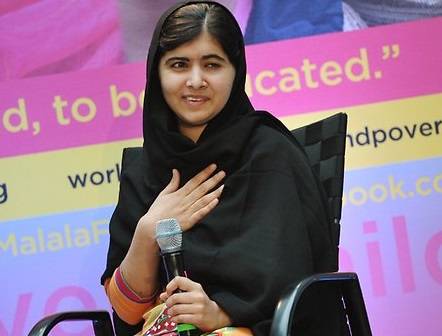 A New York Democrat who is also a co-sponsor of the Malala Yousafzai Act, Congressman Grace Meng said, “I proudly voted for the proposed legislation. I am extremely pleased to support this important program and I look forward to the legislation being passed soon by the House. Everybody should have the opportunity to pursue a college education free from the fear of discrimination and violence, and this program will help many students from Pakistan, especially Pakistani women, achieve that critical goal”.

The bill is named after a Pakistani female from the Swat Valley who was the victim of Taliban and they shot her in the head because she spoke against the Taliban’s ban on education for females. She became an activist for women’s education after the recovery from her injury.

You can find the Text of S. 120: Malala Yousafzai Scholarship Act here