Home / News / Technology / Apple is Going to Make a Wearable device like an iWatch?

Here’s The Overwhelming Evidence That Apple Is Working On Something Really Big. A report of Morgan Stanley with the name of “Internet of Things” shows what Apple has done since 2012 and other than that it also shows that Apple is going to make a wearable device like an iWatch. 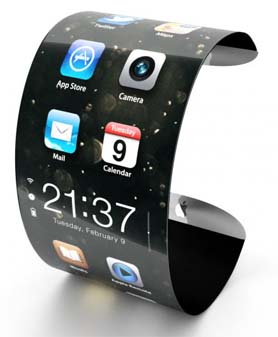 In July 2012, Apple obtained Authentic which specializes in security hardware and software.

In February 2013, a large number of product designers were working for the company to design a device like wrist watch and it is working on a curve glass to make a wrist watch based on IOS.

In March 2013, the company obtained WifiSLAM that works on indoor mobile location services.

In August 2013, the company obtained Passif Semiconductor which had Bluetooth 4.0. The company hired Jay Blahnik.

In September 2013, the company launched iPhone 5 with 64-bit A7 processor. The processor contains advanced security technologies to safely store the finger prints of users. The new M7 processor was also introduced by the company.

In the last months of 2013, Nancy Dougherty was hired by the company. He was working on monitoring the blood chemistry with the help of Microneedles. Ravi Narasimhan was also hired by the Apple Company.

In January 2014, Marcelo MaliniLamego was hired. Michael O’Reilly joined Apple who was known for making an iPhone-compatible device to measure oxygen saturation in the blood stream.

In February 2014, Roy J.E.M Raymann was hired by the company who was known as a senior scientist researching sleep.