Pakistan has been at the mercy of terrorism for quite a while now. And when somehow or the other the police and investigation teams try to dig deep into the cases, and get to some evidence on a cellular connection and try to trace it, they get to an anonymous registered number. This has become an obstacle for the investigations as it is quite hard to get to the root in this manner. 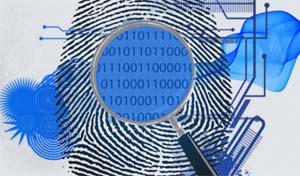 Hence the government, in year 2013, has planned to totally revamp the whole cellular connection database with them to update the records and everything. Secondly, the whole concept is to verify all the consumer database of telecommunication networks, making sure with biometric methodology, that each and every number running in the country is registered on the name of a real person, not a fake identity.

Cutting it short, every telecommunication subscriber will have to get the number verified and this compulsion not only lies by the ones who are new to it, but those as well who are existing customers once in order to avoid any interruptions in the services.

Sources confirm that the rationale behind this is to extinguish all bogus numbers and fake number which are used in bad interests. And on a side note, any consumer not complying with the conditions provided will have their connections closed.

Well by the look of it, the idea appears to be a huge task, and hence for obvious reasons, the cellular industry is not actually in its favor. Though still, if this task is accomplished, it will ensure a fool proof and bug proof system implementation in the country. The project is in the tunnel but a lot is being done in manner of its construction.